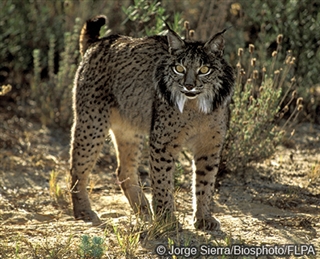 The Iberian lynx is the world's most endangered feline species. There are only about 100 adults left in the world.